how to wear tweed

Tweed clothing has been a staple in men’s fashion for decades because it’s quintessential British clothing at its best.

Like many pieces of outerwear, tweed was developed out of necessity to help protect outdoor workers from the elements. Over time, however, tweed jackets, trousers and more have been reinvented into a must-have article of clothing that most men now own, yet many men still don’t know how to make tweed work for them.

To show you just how versatile this material is, we’ve created a guide on how to wear tweed the right way, explaining when you should wear tweed, on what occasions and worn with what.

Tweed is a natural fabric made from wool that features a soft, open weave. It was first introduced in the 18th century by Scottish farmers as a way to help endure unforgiving winters.

Soon after, the popular material was gentrified and became a hit with the British aristocracy. Tweed became the go-to material for sport thanks to its water-resistant properties, with the upper classes donning the fabric for shooting, hunting and sailing.

Modern tweed has become a much more accessible clothing option, with people choosing to wear the versatile fabric for casual get-togethers as well as more formal events. 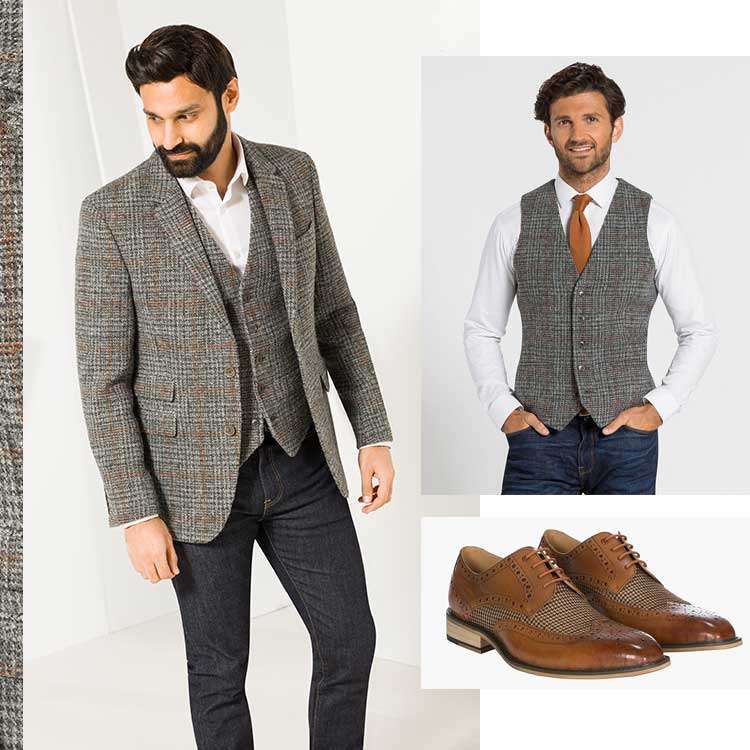 Tweed in the summer

Although originally developed to keep wearers warm, lightweight tweed blazers make a fantastic addition to any summer wardrobe. Summer weddings, barbeques and graduation ceremonies are all perfect excuses to slip into your favourite tweed jacket.

Rather than the traditional, earthy tones that remain a common staple of tweed clothing, opt for a brighter approach. Try light greys and pale blues to pair with a classic white cotton shirt or some bold checks to wear as a statement garment. 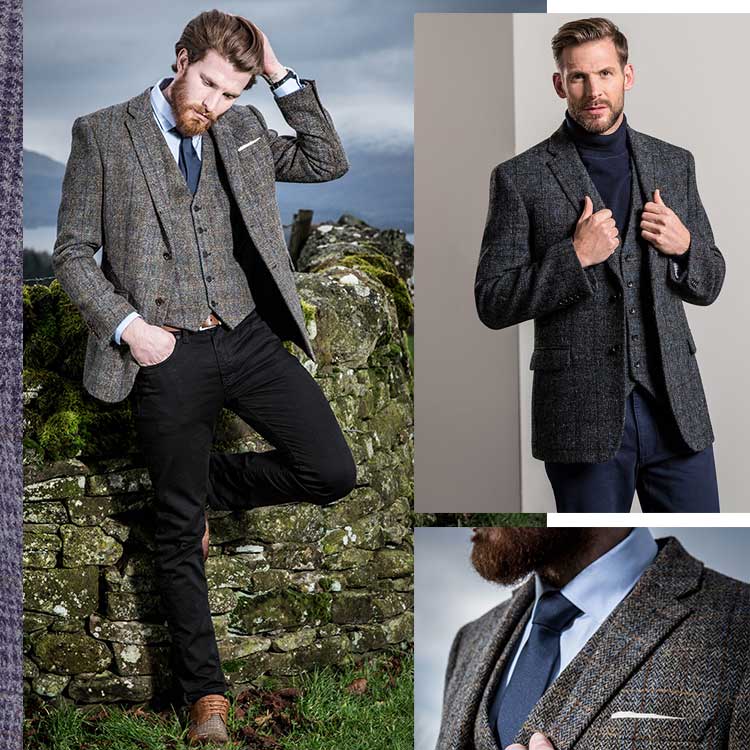 Tweed in the winter

When you want to combat the cold without sacrificing your style, tweed is ideal for layering.

For milder weather, a matching tweed waistcoat may be enough to keep you warm when wearing a jacket. When the temperature starts to drop, tweed’s rustic roots make jackets a great accompaniment to a warm knitted jumper. For smarter events, you can keep out the cold in style with an overcoat, helping to maintain your well-structured winter look.

Dress for the occasion

Tweed may have originated from a one specific, distinct look, but today you’ll find it much easier to experiment with your wardrobe to create styles suitable for any occasion. 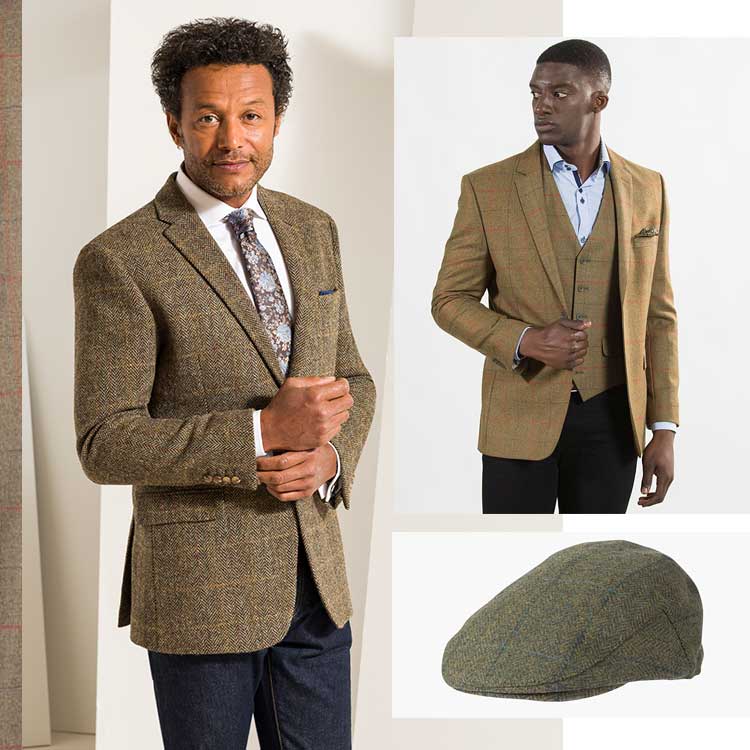 Always choose a full three-piece suit if you’re going for the traditional look, paired with a check shirt. If you like to accessorise, you have plenty of options with this style. 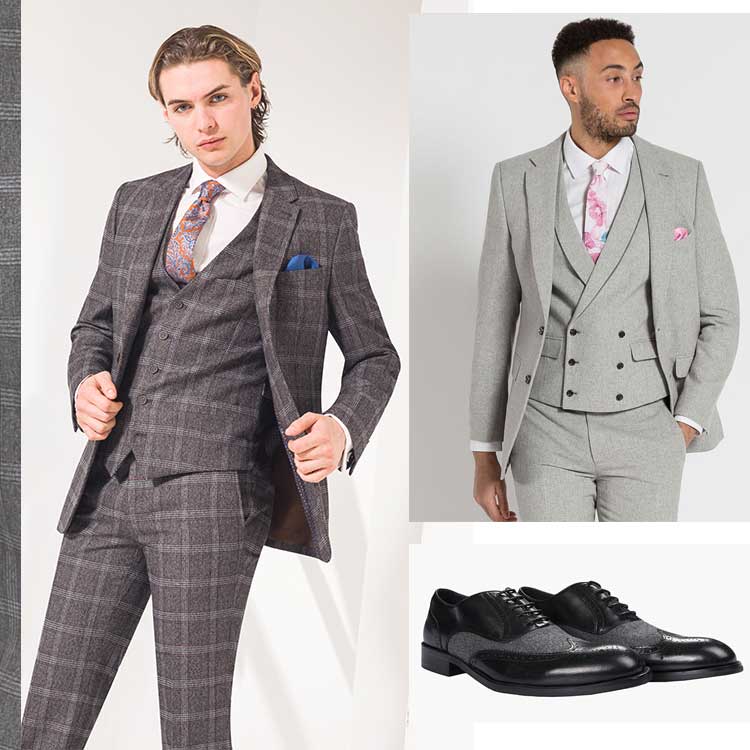 Tweed in the workplace

Tweed’s association with the upper classes has cemented its connotation with smart, refined style. The sleeker and more comfortable blends of modern tweed have made the fabric suitable for wearing in a workplace environment. The appeal of tweed over a standard business suit is that it leans towards formality while also creating a more relaxed look filled with character.

When you’re adopting tweed for office wear, opt for more contemporary colours like greys and blues rather than greens and browns. Make sure your clothing is fitted but not tight, and perfect your look with a smart pair of brown or black brogues. 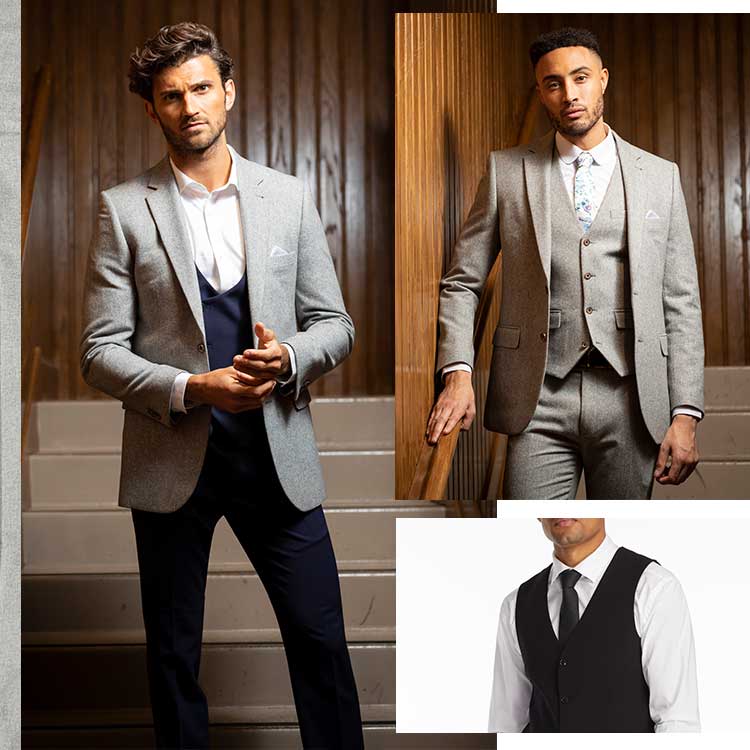 The beauty of a tweed suit is that a jacket, waistcoat and a pair of trousers can be worn in a multifaceted range of smart-casual ways. Not only will you be prepared for whatever event is thrown your way, but you’ll only need a single suit to mix and match with other items in your wardrobe.

If you’re heading out for after-work drinks, try dressing down your look by keeping your waistcoat without your tie and jacket. Or lose the waistcoat altogether and supplement it with a smart cardigan and a striped shirt. 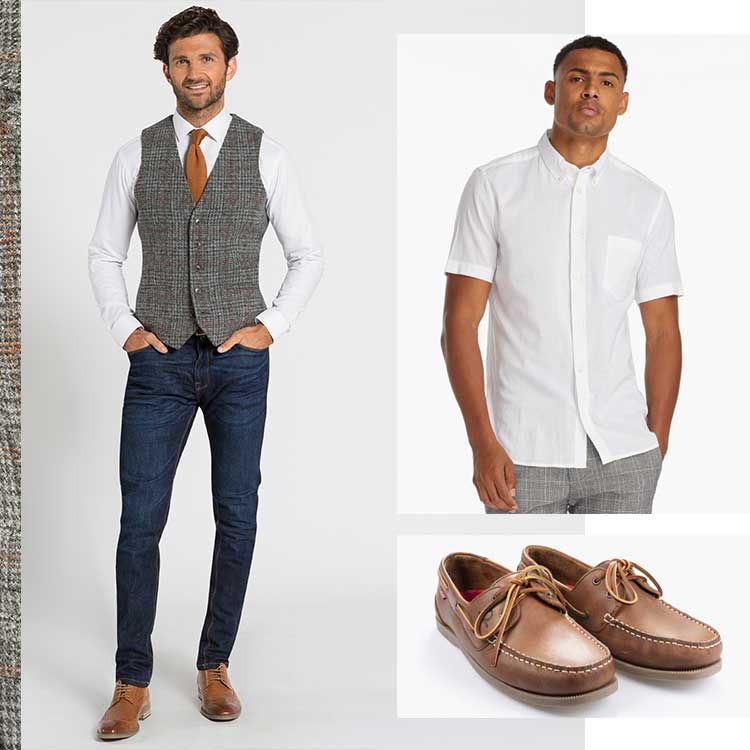 Keeping an air of sophistication for casual events has been made easy thanks to the tweed jacket. A simple pair of dark jeans and a casual shirt look great with a blazer, creating a look that is more relaxed yet still refined.

Avoid t-shirts at all costs when wearing tweed, even for casual events. Ensure your blazer is fitted to your proportions. Finish off your outfit with a pair of chukka boots, loafers or a pair of boat shoes in summer.

Whether you’re dressing up or down with your tweed, remember that you can make any outfit your own with accessories like ties, shoes, pocket squares and more. Explore our full range of tweed suits and tweed blazers or head over to our Style Inspiration page for more fashion tips and advice.

We love hearing about how you style Slater Menswear! Follow us below and tag us for a chance to be featured. 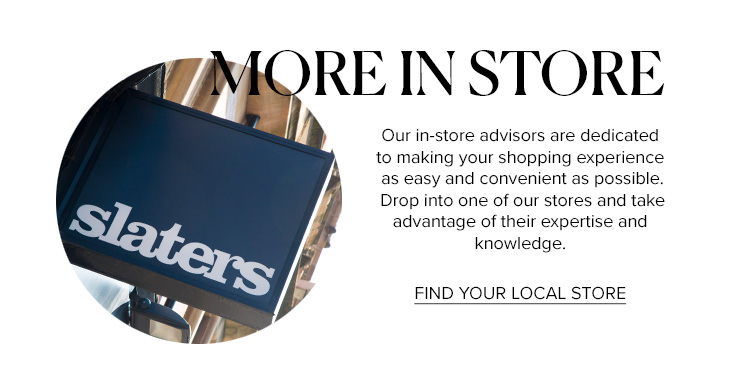